How to Clean Up (and Forget the Nightmare) of Basement Flooding

Rain, rain, go away. And sewage backups. And burst pipes. All y’all can GO. AWAY. Especially if they turn your wet bar into a soaking wet bar and your ping-pong table into an island. 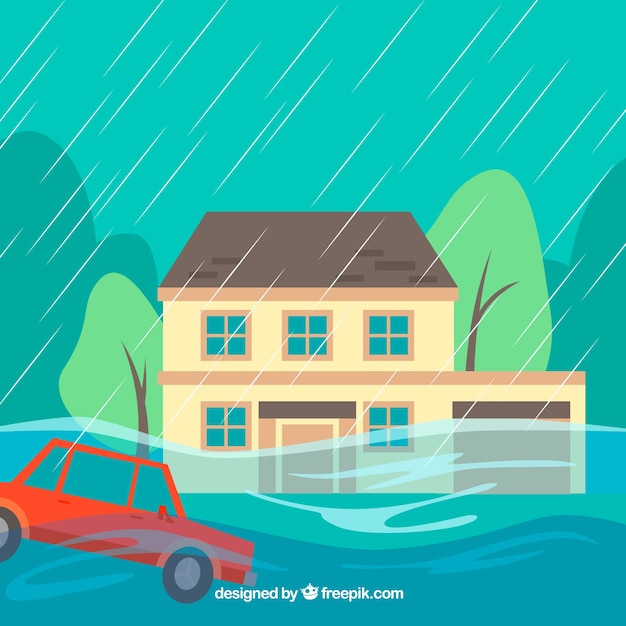 Every homeowner with a basement imagines that horror. If basement flooding should happen to you, don’t retreat into a fetal position on your couch and hope for a miracle, no matter how much you want to. You can deal with the soggy disaster. Here’s how.

4 Things to Do Right Away

Don’t wait until you’ve reached the fifth stage of grief before addressing a flood. Fast action can minimize a rising, rank situation — and the money it’ll cost to repair.

1. The first thing to do is really a “don’t,” says Glenn Gallas, vice president of operations at Mr. Rooter Plumbing. Don’t ever, everstep into standing basement water. “You could be shocked or electrocuted,” he says. Who wants to venture into that murky mess, anyway? Turn the power off or call an electrician to be safe.

2. Then stop the flow of water.How you do that depends on what the source is:

Groundwater was the culprit for Nancy Friedman and her husband when their St. Louis home flooded back in 2014. They knew they had a tiny wet spot in their basement, but “I didn’t think too much of it,” Nancy Friedman says. “Going downstairs is not an everyday occurrence for us,” she says, especially since they both travel a lot.

That tiny wet spot soon became a full-on flood in their basement, causing thousands of dollars in carpet damage – not to mention the cost to repair the structural issue that allowed water to seep in in the first place.

3. Find a plumber with a high-capacity pump. This is not a job for a DIYer. It needs to get done fast. You need a professional-grade pump. “The longer that water sits, and the longer your drywall spends under water, the more long-term damage,” Gallas says. The more damage, the more it costs to clean up.

4. Make your smartphone earn its keep. Take photos and video, then back them up in the cloud, so you’ll have them for insurance purposes.

Spend Oh-So-Wisely on a Kitchen Remodel

DIY Some of the Basement Flood Cleanup to Save Money

Once the water is pumped out, the rest can be a DIY job. Just make sure to protect yourself with:

Then suck up the remaining muck with a wet-dry vac. You’ll also need an army’s worth of paper towels and plastic bags to dispose of the mess.

Unfortunately, you’ll have to say goodbye to all rugs, carpets, and upholstery, which will soak up floodwater contaminants and bacteria, regardless of the flood source. (Seriously sentimental items might be restorable by a professional, but don’t get your hopes too high.) That’s what happened to Friedman. “The first thing we had to do was pull up the carpet.”

In fact, both Gallas and Friedman recommend hiring a restoration service, as long as the company you hire is trustworthy and affordable. A small flood might cost as little as $500 to pump out and dry, but a large flood can cost up to $10,000.

“There’s a lot of companies out there that put a guy in a truck and think a high-powered fan is good enough to dry a basement,” Gallas says. Improper technique, like not allowing the home to dry for long enough or failing to properly treat drywall, puts your home at risk for mold or mildew in addition to the flooding damage.

So just be sure to do your homework on who you hire.

Friedman’s first call when her basement flooded was to her insurance company. “They told me, ‘You don’t have flood insurance,’” Friedman says. “I thought everybody had flood insurance!”

“If I could do a speech on floods, it would be: Do you know this very moment, for sure, if you have flood insurance?” Friedman says. “Call your insurance agent right now and ask.”

But the best scenario is no flood at all.

5 Things To Do So You’ll Never, Ever Flood Again